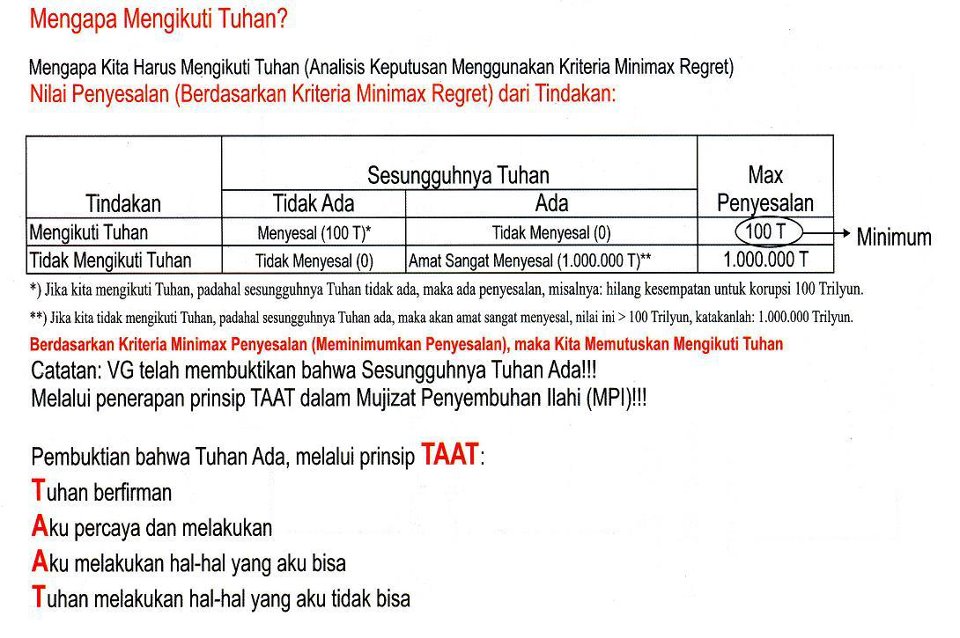 “It must be borne in mind that the tragedy of life doesn’t lie in not reaching your goal. The tragedy lies in having no goal to reach“

I personally have life Vision and Mission as followed:

SUCCESS is a journey NOT a destination; and SUCCESS does not come to us, but we have to go to it. In a journey towards SUCCESS we’ll always FAIL, FAIL, FAIL, and FAIL! FAILURES are normal, the challenge is how to take those FAILURES in a learning process as the SOLUTION for PROBLEMS toward SUCCESS. Optimism and PROBLEM SOLVING are characteristics of QUALITY that are most related to SUCCESS and HAPPINESS.

“For God hath not given us the spirit of fear; but of power, and of love, and of a sound mind“