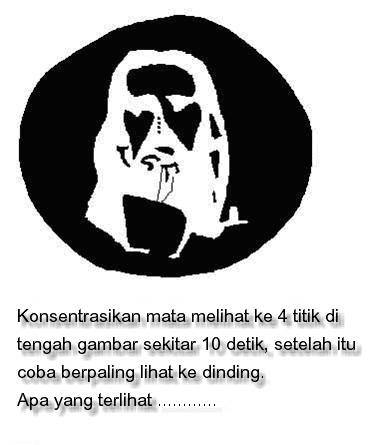 During Mujizat Penyembuhan Ilahi/Miracle of Divine Healing (MPI)” Seminar in Bogor on Saturday, August 11 2012, from 9am to 2pm, I went to show an illustration/abstract, as shown above. I declared whoever could see “The Face from The Picture”, then accordingly they would be healed and their wishes would be granted!

This practice is “NOT about glorifying a picture or photograph”; BUT the picture is only a mere MEDIUM, suggesting that everything done with “IMAN“/Faith will receive “DIRECT ANSWER” from “The Savior”!

If you want to practice TAAT/obedience Principle as shown above, then please do so with “IMAN“/Faith!