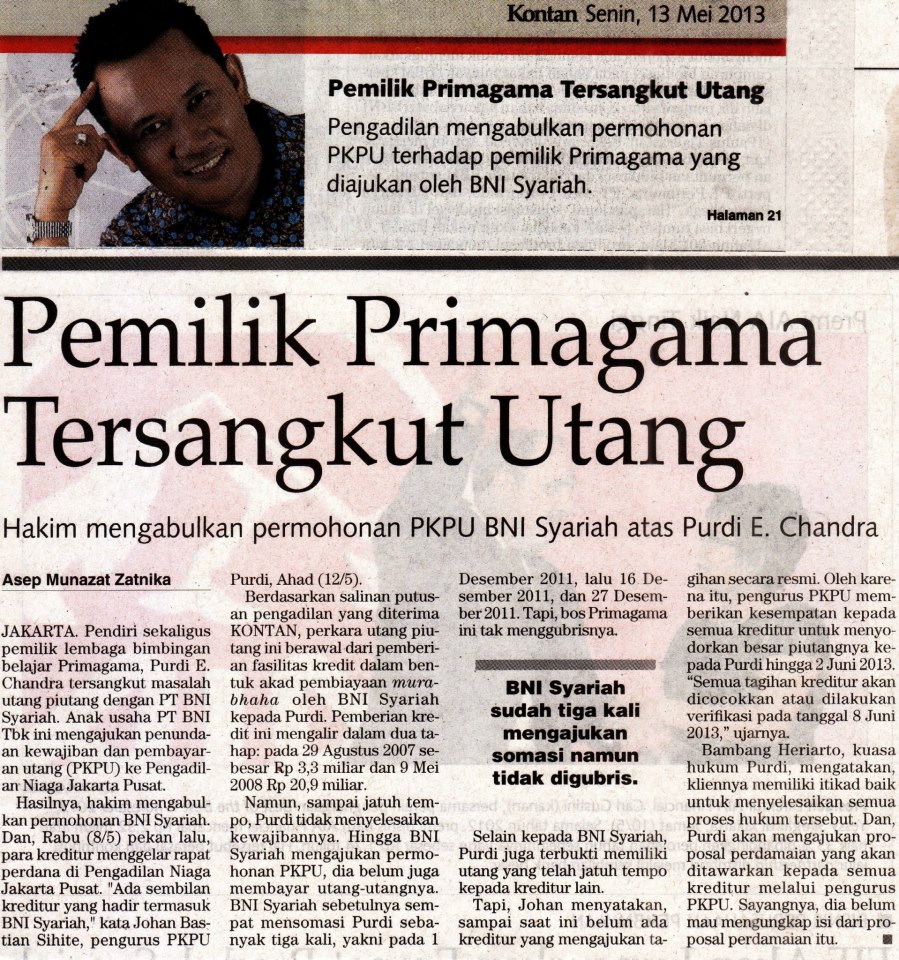 Whoever he/she is, for a professional businessman/-woman, he/she MUST maintain U.A.N.G./Money = Usaha Agar Nama Gemilang/Efforts to Make (Own) Name Brilliantly Known!! If we are borrowing, then try to meet our responsibility. This is the challenge of “betting the good name”!

According to The Left Brain’s Use: As long as ROI (Return On Investment) from the investation that is financed by debts (repayment of principal + interest) is bigger, then it is legitimate to use debt funds!! But, it shouldn’t be just a MERE SPECULATION without calculation!! All this time, I also “bought property” using debts from Bank and because the ROI from that property is way bigger than bank’s interest, then we MUST owe money for “compounding the productive assets” in order to make PASSIVE income to quickly and drastically increase!

Common thing for professional businessperson: have had hundreds billions rupiahs worth of assets, then declared BANKRUPT! Restart the business with better ways that are more “SMARTS (Specific, Measurable, Actionable/Achievable, Results-oriented, Time-bound, Spirituality and Supported by all resources)”.

“Our best successes often come after our greatest disappointments”

“Someday I hope to enjoy enough of what the world calls success so that someone will ask me, ‘What’s the secret of it?’ I shall say simply this: ‘I get up when I fall down.’”

“Behind every successful man there’s a lot of unsuccessful years”

“I don’t know the key to success, but the key to failure is trying to please everybody”

“He who controls others may be powerful, but he who has mastered himself is mightier still.”