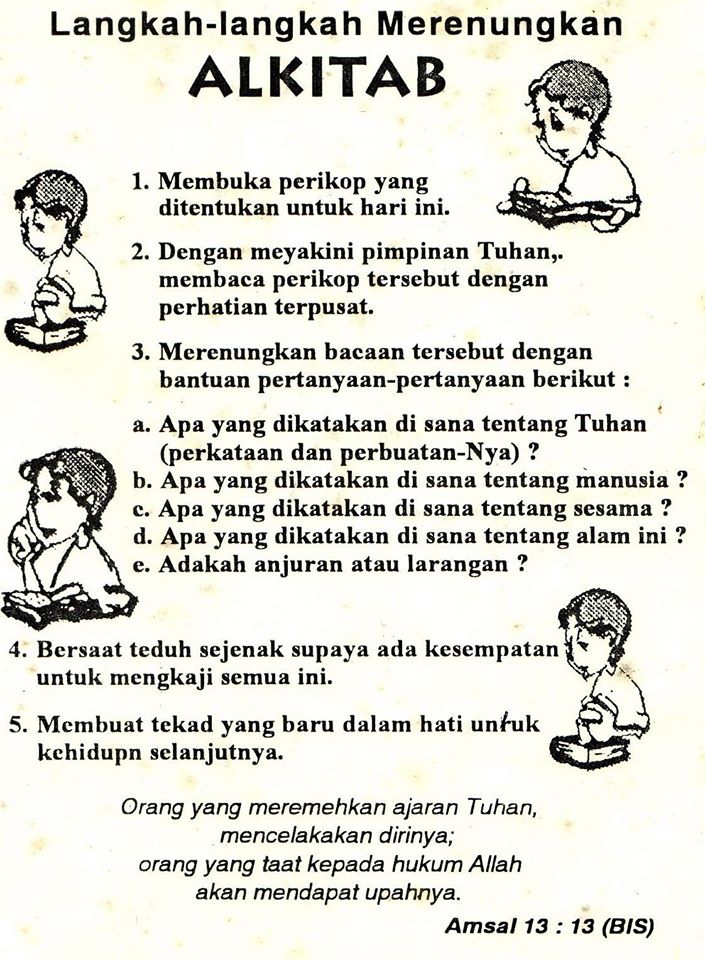 The Bible IS NOT just a collection of verses; BUT is a way of life that sets the relationships of: humans and God, humans and one another, and humans and nature. The Bible contains a way of life for somebody who are ber-IMAN/Faithful (Ikhlas Menjadikan Allah Nakhoda/Sincerely Making God The Helmsman).

The following verses show that The Bible forms the WAY OF LIFE to make someone to be ber-IMAN/Faithful (Ikhlas Menjadikan Allah Nakhoda/Sincerely Making God The Helmsman).

“Your word is a lamp for my feet, a light on my path.”

If the above verse (Psalm 119:105) is CONSISTENTLY implemented continuously, then the following verses will apply.

“The Lord makes firm the steps of the one who delights in him; though he may stumble, he will not fall, for the Lord upholds him with his hand”

Because God’s eyes will always see those who FEAR(are TAQWA to) Him, which has been BOLDLY and CLEARLY stated in the following verses:

“But the eyes of the Lord are on those who fear him, on those whose hope is in his unfailing love, to deliver them from death and keep them alive in famine.”

As we are getting familiar with God, where we have become some people who are ber-IMAN/Faithful (Ikhlas Menjadikan Allah Nakhoda/Sincerely Making God The Helmsman), then the following verse in the Bible will apply.

“Ask me, and I will make the nations your inheritance, the ends of the earth your possession”

In any case, the following warning will apply so that we’ll KEEP holding onto God’s Words.

“Whoever scorns instruction will pay for it, but whoever respects a command is rewarded”

All verses above would relate one another in our WAY OF LIFE; MAKE it so that the following verse to become the Center Point from The Bible and to be valid in the fact of life so that it can be proven by other people.

Attached is a LOGICAL Model about the Ultimate SUCCESS of Relying in God based on The Bible’s References. Understanding the word of God MUST engage the RIGHT mindset in order to build the correct relationship system framework with God. Why must this be done, I’ll tell you later.

Happy Sunday and Long Live Indonesia for its 69th birthday.

Best Regards for SUCCESS with God.