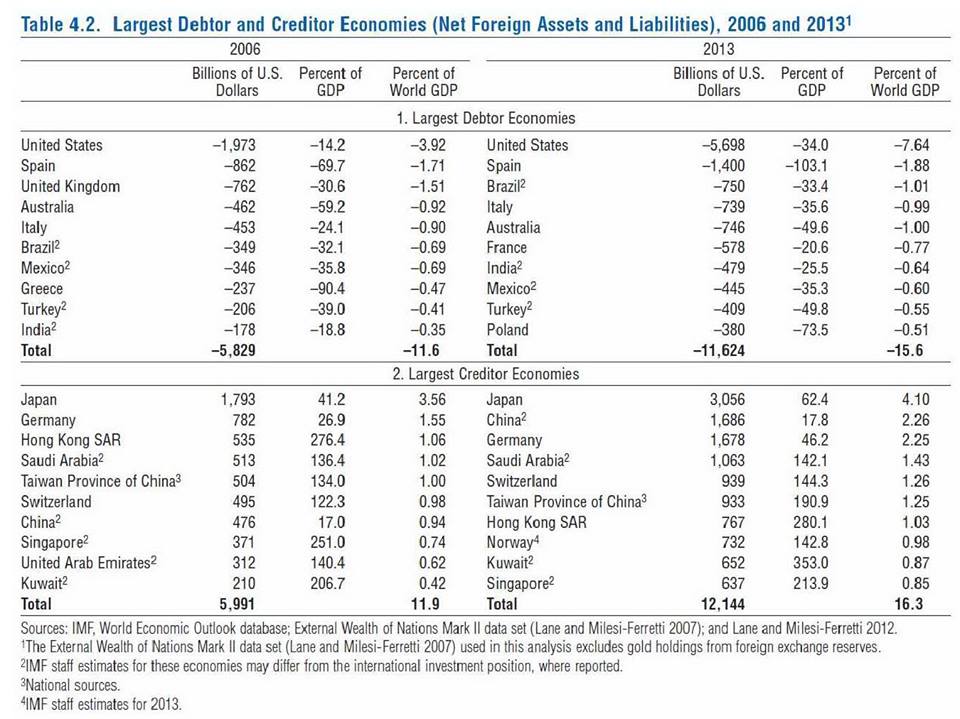 I am showing the additional information about Indoneia’s foreign debt position based on the newest publication as of October 2014 from the book: Statistik Utang Luar Negeri Indonesia, Kementerian Keuangan RI dan Bank Indonesia, Oktober 2014/Statistics of Indonesia’s Foreign Debt Position, RI Ministry of Finance and Bank Indonesia, October 2014 (see the attachment above).

It appears that Indonesia’s debt is also very big, even though it’s not part of top 10 most indebted countries in the world. Indonesia’s debt as of December 2013 was about USD 265.7 Billions, and as of October 2014 was about USD 290.4 Billions. And don’t be surprised that there are three main nations that lend the most to Indonesia, which are: (1) Singapore (USD 55.7 Billions), (2) USA (USD 40.9 Billions), and (3) Japan (USD 34.9 Billions). Thus, Indonesia is also one of the countries in which its economic development relies on foreign debts.

Based on the above information, then it would be known why then business people and investors in Indonesia always safekeep their assets in those three foreign currencies (USD, SIN $, dan JPN Yen) as well as “park” their money in Singapore.