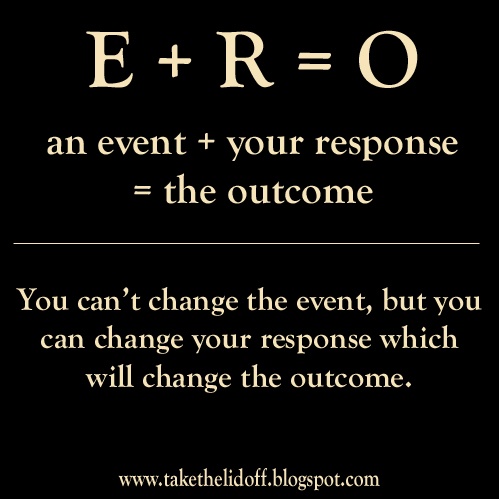 For example, in one of these studies of “The Luck Project”, Wiseman gave the task to calculate how many photos were in the same newspapers that were distributed to the two groups earlier. People from the unlucky group needed the average time of 2 (two) minutes to complete this task by counting those photos one by one, starting from the first photo to the last photo. Whereas, those from the lucky group only needed just a few seconds!

Why could they did it so quickly? Yes, because previously on the second page of the newspaper, Wiseman had placed the small print that read: “Stop counting now! There are 43 pictures in this newspaper”. The unlucky group missed this print as they were busy counting the photos in the newspaper. In fact, in the middle of the newspaper, Wiseman placed another message that read: “Stop counting now and tell the researcher, You found this, and win $250!”. Again, the unlucky group missed that message because of the fun in counting the photos in that newspaper; thus, ignoring any message! Truly unlucky!

How is This Possible?

Apparently lucky people have more relaxed and open attitude towards new experiences. They are more open to interactions with new people, and to creating new networks (networking). Unlucky people tend to be more tensed; thus, are also closed toward new possibilities. For example, when Barnett Helzberg, a diamond store owner in New York, was about to sell his diamond store, accidentally while he was walking in front of Plaza Hotel, he heard a woman call the man beside him: “Mr. Buffett!”. Only a fleeting occurence which might be passed by most people who were less fortunate, yet, Helzberg thought otherwise. He thought that if the guy next to him was Warren Buffett, one of the biggest investors in America, then he had the opportunity to offer his network of diamond stores. Heltzberg then immediately greeted the man beside him, and it turned out that he really was Warren Buffett. Introductions ensued and Helzberg who previously did not know Warren Buffett, managed to offer his business directly to Buffer, face to face. A year later, Buffett agreed to buy Helzberg’s network of diamond stores. Helzberg is really a lucky guy.

Lucky person turns out to rely more on intuition than logic. Important decisions made by lucky person are mainly done on the basis of promptings of conscience (intuition) rather than the result of sophisticated number-crunching. Numbers would be very helpful, but the final decision is based on the strong intuition. Perhaps the difficult part for the unlucky people is, that promptings of conscience would be hard to be heard when our head is filled with continual, interminable, small and complicated things. Therefore, lucky people generally have methods to sharpen their intuitions, for example through regular meditating, reflecting on the past successes and lucks, dialoguing with God (my personal experience to improve my sharpness of intuition is through dialogue with God). In a calm mental state, and a clear mind, moreover by always being focused to God, then our intuition will be sharper and more accessible. And when this is being used increasingly often, then our intuition will also even be sharper.

Many of my friends asked, how can we “listen to that intuition”? How to dialogue with God? Will there be a suddenly sounding voice that tells us to do something? The answer to these questions is very difficult because it is private (subjective), and ought to be felt and experienced by yourself! However, in my personal experience, there would be emerging voice within the conscience and that is what I do. I believe in “TAAT”//Obedience principle toward God, which is:

Lucky people turn out to always be “big headed” toward life. They always assume in good faith that good things will always come to them. With such mental attitude, they are more resistant toward the life tests that afflict them, and tend to be more positive in interacting with other people. We can try to do our own personal simple test: just ask the successful people that we know, how are the prospects for their future? Surely, they will tell their optimisms and big hopes!

Lucky people are very good facing bad situations and turn them into good situations. For them, there is always a bright side in every situation. In one test, Prof. Wiseman asked participants to image that they were going to the bank and the bank was suddenly invaded by armed robbers; and the participants were then asked to state their reactions. The reaction of the person from the unlucky group was generally: “Oh, what a bad day is today, I am in the middle of the robbery”. Whereas, the reaction of the lucky person was generally: “I was lucky to be there, so that I can write down my experience for the media and get money out of it”. Whatever the situation is, lucky person always keep a positive attitude no matter what! Lucky people are able to quickly adapt to bad situation and turn it into good situation.

For those who are less fortunate, Prof. Wiseman even opened “Luck School”; this school can also be replicated to be built in NTT province in order to generate a lot of lucky people!

The exercises given by Wiseman for those people are by making “Luck Diary”. Each day, participants must note the positive or lucky things that happen

Note: my personal experience is through making “luck box”, where everytime I receive a big luck or positive result, I write on a piece of paper and put the paper into the box. On December 31 at 24:00 (12 midnight) I open that box, then apply the concept of “DUIT = Doa 3M, Usaha, Ikhtiar, Tawakal”//”Money = 3M Prayer, Effort, Endeavor, Trust in God’s Plan” for the upcoming year that will be implemented again on great things from January 1 at 00:00 to December 31 at 24:00, and so on! In that “luck box” I write “PERSONAL COMMITMENT”, for example: If I succeed, then I MUST receive the REWARD from me in the form of: write down the things that are liked (for example: go on a holiday abroad, replace the car, renovate the house, etc.). This thing applies the principle of Motivation vs. Reward & Recognition into ourselves!

Prof. Wiseman strictly prohibits those unlucky people who enroll to his luck school to write down any bad luck! At first it might be difficult, but when they could write one good luck, tomorrow and the next day it would be even easier and there were more lucks that they could write.

And when they saw the few days back in their “Lucky Diaries”, they were even more aware of how lucky they were. And according to the “law of attraction” principle, the more they think about how lucky they are, then even more lucky events or things that come to their lives.

If we look at the Lucky People vs. Unlucky People above, then the difference lies in the application of the following formula: E + R = O (Event + Response = Outcome). Based on this formula, the main principle is: we CANNOT change an (Event) that HAS happened; but we can change the Response (R) to give the Outcome (O) that we want.

Thus, I use the following GAGAL//Failure acronym as a form of Response = POSITIVE towards (Event = GAGAL//Failure) that has happened, in order for the Outcome (O = SUCCESS).

If we apply the formula: E + R = O (Event + Response = Outcome), then there is NO more reason that we will continously be unlucky(experience FAILURES continuously).

So, it is that simple the secret of the Lucky. It turns out that everybody can be LUCKY! Are you ready to be the Lucky?