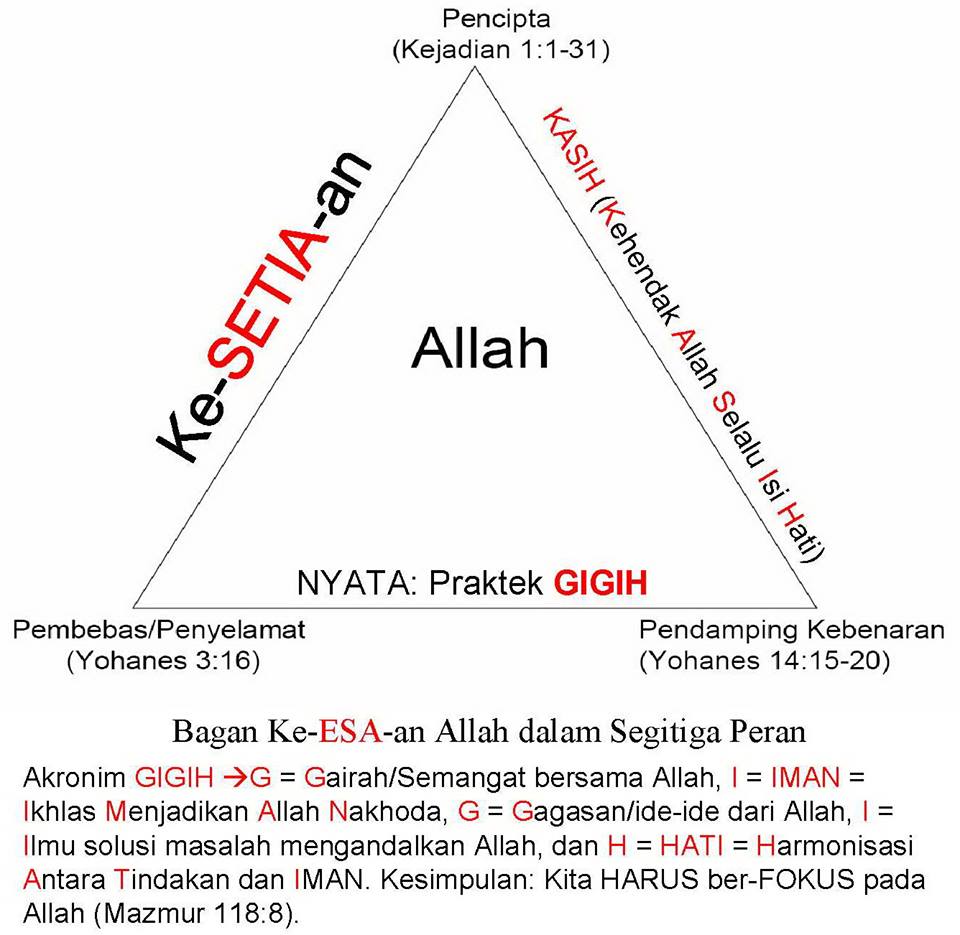 Sunday Reflection: Oneness of God (Belief in the One and Only God)

“Science without religion is lame, religion without science is blind”

In Deuteronomy 6:4, it is written that God is One (“Hear, O Israel: The Lord our God, the Lord is one”). This Oneness in the original language is “the unity of the various units”. For example, in Genesis 2:24, it is written “That is why a man leaves his father and mother and is united to his wife, and they become one flesh”. This means the unity from two humans (man and his wife).

In Genesis 1:26, God calls Himself with the pronoun “Our”, which contains plurality in God’s NATURE. Then God said, “Let Us make man in Our image, according to Our likeness; let them have dominion over the fish of the sea, over the birds of the air, and over the cattle, over all the earth and over every creeping thing that creeps on the earth.”

Therefore, the interpretation of Oneness of God, based on Christians’ belief is to view God in three ROLES, which are: Role as the CREATOR of the heavens and the earth and their contents (Genesis 1:1-31), Role as the SAVIOR to obtain eternal life (John 3:16), and Role as the true life’s COMPANION for people who are ber-IMAN/Faithful (Ikhlas Menjadikan Allah Nakhoda/Sincerely Making God The Helmsman) until the end of time (John 14:15-20).

The First and Second Roles HAVE PASSED, so that we are currently dealing with God who has a role as the true COMPANION and COMFORTER when we are facing difficulties. If we are ber-IMAN/Faithful, then we would Ikhlas Menjadikan Allah Nakhoda Sincerely Make God Our Helmsman. As a Helmsman means God is playing the role of COMPANION of truth (as well as COMFORTER) until the end of time so that John 14:15-20 becomes legitimately applicable for CHRISTIANS.

God’s Role as the CREATOR of the world was done through the Word of God, like when God said: :Let there be light,” (Genesis 1:3). In the beginning was the Word, and the Word was with God, and the Word was God (John 1:1). Thus, the explanation about the Oneness of God (The One and Only God) can be explained in the form of role triangle as seen on the attached chart above.

Why Do I Have to Follow God’s Word? An Atheist Experience!

Scientific verification using Decision Theory that Minimizes Regrets (Minimax Regret Decision Theory), then whatever the real truth (Whether God Actually Exists or Doesn’t), The BEST Decision is to FOLLOW GOD’S WORDS! Because this Decision minimizes REGRET.

After CONFIDENT with deciding with the choice of following God’s Words, then the next step is to prove that by becoming the DOER of THE WORD, then everything written in the Holy Bible is legitimately applicable for me. So than the writing inscribed on the headstone would be: NO REGRET.

Happy Sunday. God Bless you and your family. 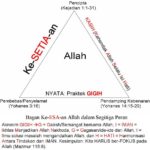 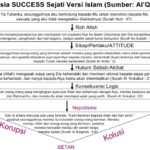 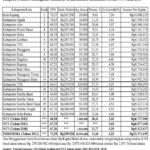 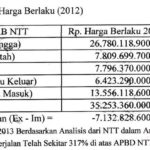