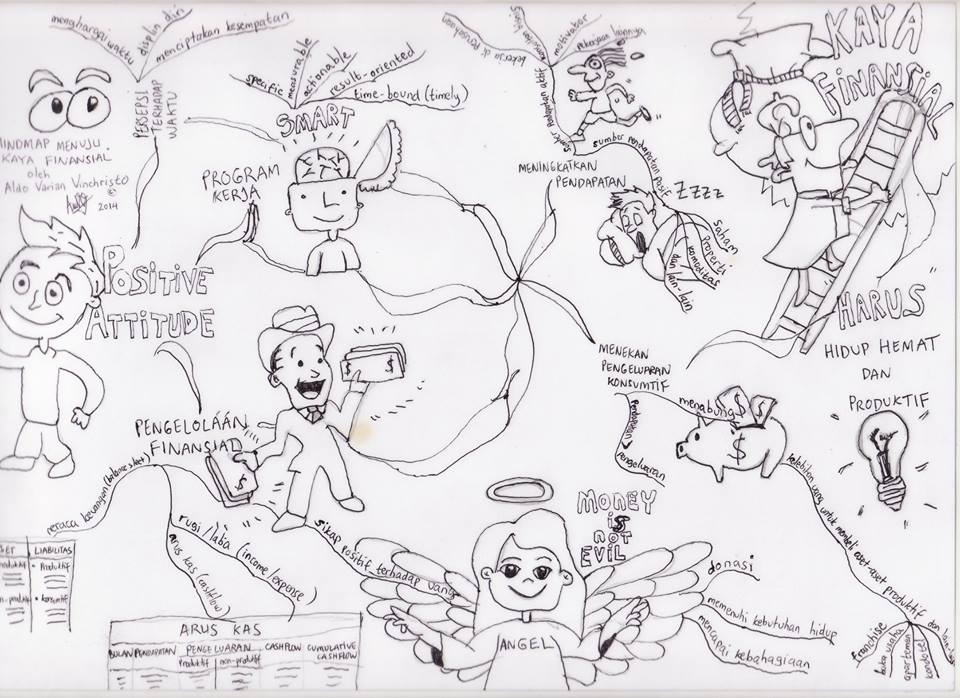 Mind Map of an Entrepreneur

Structured way of thinking in the mind map of an entrepreneur suggests the ultimate success is based on:

An Example of a Plumber with Positive Attitude:

One day, Mercedez Benz’s Boss had a problem with the water faucet in his home. That faucet always leaked so he was worried that the people in the house would slip and fall because of it. Based on his friend’s recommendation, Mr. Benz called a plumber to fix his faucet. The appointment was made two days later since the plumber was busy at the time. The plumber was completely unaware that the caller was the largest automotive company’s boss in Germany.

One day after Mr. Benz had called, the plumber called Mr. Benz to personally thank him because Mr. Benz was willing to wait another day. That Mercy’s Boss was impressed with the service and the way the plumber talked.

On the agreed upon day, the plumber came to Mr. Benz’s house to fix the leaking faucet. After awhile, the faucet was fixed and the plumber went home after being compensated for his service.

Some months later, Mr. Benz recruited the plumber to work for his company. Yes, his name is Christopher L. Jr. He became the General Manager Customer Satisfaction and Public Relation of Mercedez Benz! (TRUE STORY).

An Example of a Builder with Negative Attitude:

An old construction builder would soon be retired from his job at a real estate construction company. He submitted his request to the company’s owner.

The owner then pleaded with the builder to build a last home for the company as the builder’s last fruit of labor with all his efforts to create the best quality home. The builder was given the freedom to personally design that home and to plan with appropriate budget using quality materials; the best materials that the builder would think of (do your best).

The builder nodded approving the request of that company’s owner. HOWEVER, in reality, he felt forced and complained in his heart. He wanted to retire as soon as possible and was too lazy to work anymore. Didn’t he ask for his resignation to retire, why was he asked to build his last home? His heart wasn’t fully devoted anymore to build his last swan song of work. He aversely did that project. He only used adequate and low quality materials, WITHOUT using proper housing design. Finally with less than adequate quality, he finished that house. The result was not a proper home, but a very disappointing home quality-wise. It was unfortunate that he had to end his career with a not so amazing achievement.

When the company’s owner came to see the home that he had asked for, he gave the house key to the builder. “This is your house, your own creation,” he said, “This is our gift for you to stay during your retirement.”

How surprised that builder was. How embarassed and disappointed he was. If only he had known that he was working a house for his own home, then he would surely have done it differently; he would have used prime quality materials to make it a comfortable home. Then, he had to stay in a low quality house that he personally made.

In the end of the journey, entering the retirement period, we would have been shocked to see what we have had done all this time and would find ourself living in a “house (the fruit of our labor)” that we’ve personally created ourselves; just like the construction builder with Negative Attitude) as seen above. (Ponder this: Sesal Dahulu Pendapatan, Sesal Kemudian Tidak Berguna/equivalent to: Look before you leap).