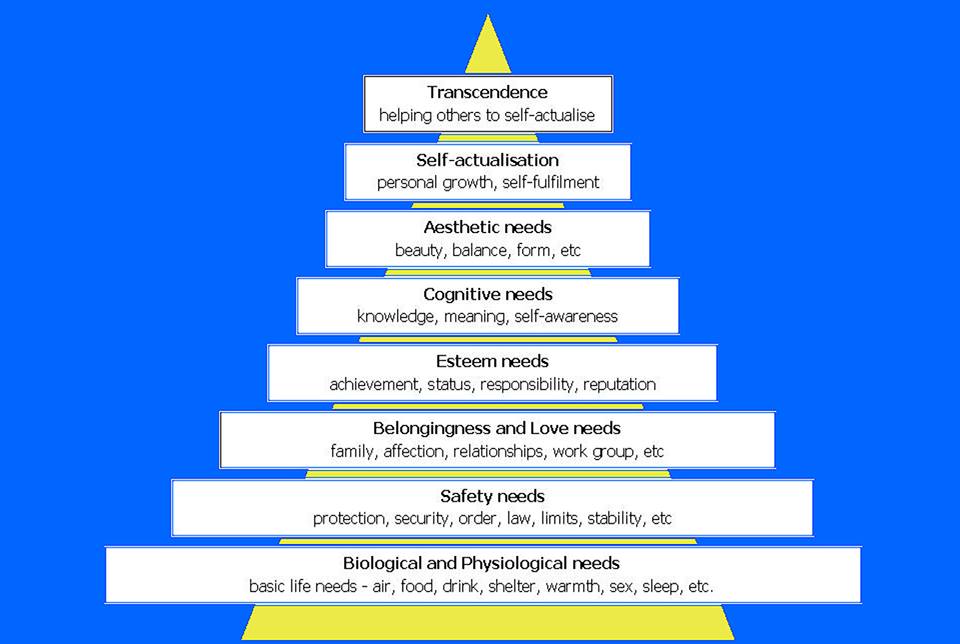 I (Vincent Gaspersz) interpret the word SMART as INTELLIGENT and transform SMART into SMARTER that means MORE INTELLIGENT. The SMART acronym written above can be added two more letters E and R, where E = Empowerment, which is to empower other people, and R = Reward and Recognition, which is to give award and recognition for that success achieved together. Thus, SMARTER Goal will involve TEAM (Together Everyone Achieves More) to achieve SUCCESS through reward and recognition for the success of TEAM when reaching that GOAL that HAS been set.

Furthermore, that SMARTER GOAL can be added again with another letter of S = Spirituality, so in this case, that achievement of TEAM SUCCESS involves God from the beginning of setting the GOAL, thus making it into SMARTERS GOAL.

According to McLeod (2014), the highest hierarchy of human needs from Maslow that is regenerated is: Self-Trancendence, which is to help others to attain their Self Actualization as well as ourselves. Thus, by adding the letter S (Spirituality), then in addition that we HAVE involved God in goal setting (GOAL), we also HAVE done good to others (fellow human beings) as the embodiment of “Love Your Neighbor As Yourself” or “The Best Humans Are Humans Who Are Useful For Fellow Humans (Others)”.

Thus, SMART GOAL in modern management textbooks HAS turned into SMARTERS GOAL, which is GOAL that must be set using the acronym of SMARTERS, namely: (1) Specific, (2) Measurable, (3) Achievable/Actionable, (4) Result-Oriented, (5) Time-Bound, (6) Empowerment, (7) Reward and Recognition, and (8) Spirituality.

SMARTERS GOAL is the application of Science, Technology and Arts, Plus IMTAQ (IMAN = Ikhlas Menjadikan Allah Nakhoda FAITH = Sincerely Making God The Helmsman, and Taqwa, which is Fear God by always following His Word so that there is always KASIH: Kehendak Allah Selalu Isi Hati // LOVE: God’s Will Always Fulfills My Heart).

Empowerment is only possible if we are willing to share with others as well as to show good emotional maturity level. Whereas real Spirituality (not merely talking, but has been practiced) is possible only if the levels of intellectual and emotional maturity have been stable at high level. This is the highest human need if someone has achieved great SUCCESS, then there is a desire to help other people to SUCCEED as well.