Goes Astray to The Right Path: Fear to Fail vs. Dare to Fail!!!

The following story is a real experiment done on monkeys that have psychological impact on them. It can also be analogized to people (human)!

The experiment was done by a Psychology Professor from Harvard University!!

Initially, a cage was filled with three monkeys.

Inside the cage, a hand of bananas was tied to a rope and there were a platform stairs under it.

Shortly after, a monkey went towards the platform stairs to climb towards the hand of bananas. As soon as it touched the step, all three monkeys were sprayed down with cold water. This cold water spraying was meant as an “obstacle” in order to create a traumatic effect!

After awhile, another monkey tried to do the same with the same result – all monkeys were sprayed down with cold water.

Later on, when there was another monkey who tried to climb the platform stairs, the other monkeys would prevent it from doing so. At this moment, the “Traumatic Effect” had began to have a “negative impact”, which was the “Fear to Fail”!

The Professor sent a monkey that had experienced the traumatic effect out of the cage and switched it with a new monkey.

The new monkey then saw the hand of banana and wanted to climb the platform stairs.

However, the new monkey wondered and concerned as he was attacked by the other monkeys (that had experienced the traumatic effect), when it would about to climb the platform stairs to get the hand of bananas. In this context, the (negative) “community influence” has helped contributed to the “Fear to Fail”!

After that “clueless” new monkey tried one more time and was again attacked by the other monkeys, then it realized that if he tried to climb the stairs, then it would be attacked. Due to the stronger community influence compared to that new monkey’s personal motivation, then that clueless new monkey decided to follow the community influence, which is “Forbidden to climb platform stairs to get the hand of bananas”!

Furthermore, the Professor switched two old monkeys that had experienced the traumatic effect with two new monkeys, in turns one by one (not all at once)!

One by one, the newer monkeys then went toward the stairs to get the bananas; however, they were attacked by the rest of the monkeys, including the clueless monkey (that never experienced the cold water spraying)!

Anyhow, the strange thing then was there was no monkey that wanted to climb the stairs to get the bananas anymore.

Why does all the clueless new monkeys do not dare to get the bananas?

Because, as far as they knew, that was the rule that existed in that community of those monkeys.

The story above could also be analogized and relevant for human. Obtaining the hand of bananas can be likened as “SUCCESS”, the trip towards the platform stairs can be likened as the process toward “SUCCESS” with many obstacles in the form of many FAILURES! “Fear to Fail” is a traumatic effect (whether one has actually experienced FAILURE or not) or because of the community influences (parents, co-workers, etc.) that constrain us not to do anything, because any action that might be done as if it was to “Definitely Fail”!

I have an interesting game to try. You can try the following picture to school children (or even school teachers). Observe the ways of their working in this exercise in order to determine whether they are creative thinker and doer or not. In the real world: being Smart IS NOT ENOUGH, what is needed is being Smart and Creative.

If they think and work like regular people, then they would begin the game by finding the way beginning from the top left corner, then facing an obstacle, find another possible way, and so on with trial and error; perhaps after about an hour, they would find the correct pathway. In our everyday life, many SUCCESSFUL people do trial and error in solving their problems; thus, they become SUCCESSFUL because they wanted to keep continously trying WITHOUT giving up.

However, for the smart and creative people, they would begin immediately seeking the way backward from the bottom right corner, then follow which pathway has NO OBSTACLE, and that pathway would be utilized with DISCIPLINE.

A lesson learned from this game is: we MUST think from the end, then simulatively design the FASTEST ways to reach the end goal. The starting point might be the same, but someone who HAS the FASTEST way/guideline (WITHOUT or WITH MINIMUM OBSTACLES) will be SUCCESSFUL at a later time.

For example: what do you want when you’ll retire by 65 years old? Even though you may only be 25 years old now. How many people who have just graduated with the undergraduate degree, say at 25 years old, have thought about Retiring at 65 years OLD? Perhaps, it’d be only 1 to 5 people out of 100 people who think about the Important Nonurgent Things in their lives. 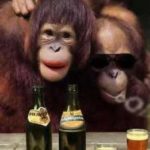 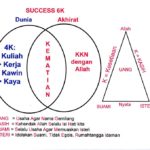 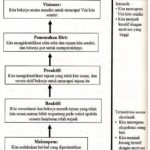